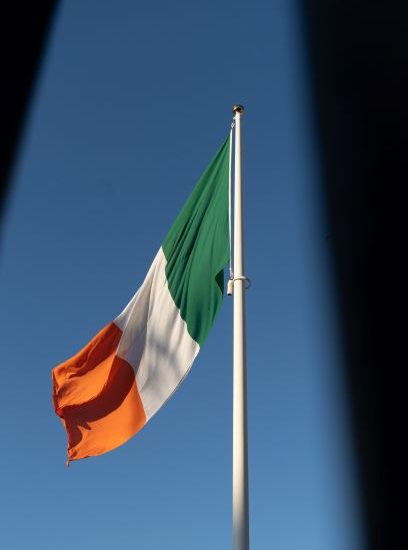 Ireland’s tenure on the Council is being guided by three principles, which are at the heart of the Security Council’s mandate to maintain international peace and security:

As a country with a longstanding and proud record of continuous service on UN peacekeeping operations since 1958, Ireland will contribute to shaping the mandates under which peacekeepers serve, and promote sustainable, durable solutions to conflict.

Ireland will work to address the underlying factors that contribute to conflict, including hunger and food insecurity, climate change, violations of human rights, and the proliferation of small arms and light weapons

Ireland will promote the rule of law, especially international humanitarian and human rights law, is committed to upholding universal human rights, will stand firmly in support of the International Criminal Court, and understands its responsibility to prevent mass atrocity crimes.

Elected Council members take on a number of leadership roles during their terms, including chairing Sanctions Committees and thematic Working Groups and acting as primary drafters (penholders) of certain Security Council Resolutions. Ireland’s roles include:

· Chair of the Somalia Sanctions Committee;

· Co-chair of the Security Council Informal Expert Group on Women, Peace and Security (with Mexico);

· Co-chair of the Security Council Informal Expert Group on Climate and Security (with Niger);

· Co-penholder, with Norway, on the Syria humanitarian file;

· Co-penholder, with Niger, on the United Nations Office for West Africa and the Sahel (UNOWAS);

· Informal focal point on Hunger and Conflict, with Niger.

The agenda of the Security Council is broad, covering over thirty country-specific issues, including some long established conflicts and peace processes, and over twenty thematic agenda items. As a member, Ireland will engage actively across the full agenda of the Council’s work, and will serve as Presidency of the Council in September 2021. As the Taoiseach said: “We will bring careful judgement, our core values and our lived experience of overcoming conflict on our island to our work and to our decision-making on the Security Council.”

Outside of Europe, the US and China, Canada is Ireland’s largest indigenous export market. More than 400 Enterprise Ireland clients are doing business in the Canadian market with over 6,000 people in Canada employed by Enterprise Ireland clients. The Ireland–Canada economic relationship has flourished since the provisional application of CETA in 2017, with a notable increase in Ireland– Canada trade and 75 Canadian companies now directly employing over 15,000 people in Ireland.

SMEs in both Canada and Ireland have been the main beneficiaries of its provisional application since 2017, as it offers them tariff-free trading, clear customs rules, and elimination of barriers to exporting. CETA is not just a trade agreement, but a comprehensive economic agreement which ensures providers of goods and services in Canada and the EU significant levels of protection, while also ensuring high standards related to the environment and public policies. It represents a major opportunity for both Ireland and Canada to invest in jobs and enhance their trading relationship.

To date, 15 EU Member States (out of 27) have ratified the Agreement. The Agreement once ratified across all EU Member States will come fully into force. The Government had initially sought to bring the relevant motion for the ratification of CETA to Dáil Éireann prior to Christmas. However, to facilitate a request from the Green Party for additional time to consider the Agreement, it was agreed to postpone this Motion until a later date when a full, comprehensive and informed debate on CETA will be had. As part of this scrutiny, the Oireachtas Joint Committee on EU Affairs held hearings on CETA in April.

The focus of the majority of the criticism aimed at the Agreement has been the Investment Chapter, which includes the Investment Court System (ICS) which some fear will impact Governments’ ability to legislate under threat of legal action. It is important to note in this context that an investor may only have recourse to the ICS in very specific limited grounds (denial of justice, fundamental breach of due process, targeted discrimination), so an investor cannot be given compensation just because they have lost profits or suffered economic loss or costs. CETA also specifically reaffirms the EU and Canada’s right to regulate to achieve legitimate policy objectives, such as the protection of public health, the environment or consumer protection. Canadian companies must comply with all EU and national legislation where they operate, including Ireland, in the same way that EU companies must.

There can often be a conflation of the former Investor–State Dispute Settlement (ISDS) system, a traditional part of older trade agreements such as NAFTA, and the new ICS established under CETA. Safeguards and transparency are the key principles built into the ICS, which supporters claim represents an honest attempt by Canada and the EU to address many of the concerns which were associated with ISDS. Cases taken under ICS would be open and public, and unlike ISDS, appointments to the tribunals would be made by the parties to the Agreement without the involvement of investors. The right of appeal under CETA’s ICS is also far broader than under previous ISDS mechanisms, and appellate tribunals under CETA, membership of which was selected by a transparent process, could uphold, modify or reverse decisions.

Deputy Patrick Costello of the Green Party initiated High Court proceedings in March based on the premise that the ICS provisions demand a referendum in Ireland before CETA could be ratified as ICS cedes Court and Parliamentary sovereignty and is in contravention of the Constitution. For its part, Ireland sees CETA as a progressive, high-standard agreement and as such the Government is fully supportive of it fully entering into force. The State therefore intends to challenge the contention that CETA requires a referendum.

Given the context of the post-pandemic recovery, a snapshot of trade flow figures over the past five years shows the potential in the Ireland-Canada trading relationship, as well as areas for future focus. Bilateral trade between Canada and Ireland totalled C$3.87bn in 2020, with Ireland exporting nearly C$3.2bn of that. That equates to a nearly 32% increase from the 2017 figure of C$2.94bn.

Canada’s trade deficit with Ireland has also grown over that period (C$1.76bn in 2017 to C$2.53bn in 2020), as Canadian imports from Ireland have grown steadily since 2015 while Canadian exports have largely relatively flat. While Canadian exports to Ireland fell in 2020 during the pandemic, Irish exports to Canada grew. This is particularly reflective of the strength of Irish exports in pharmaceuticals and medical manufacturing.

Ontario’s imports from Ireland are dominated by pharmaceuticals (accounting for C$1.59bn out of C$2.5bn in 2020). Pharmaceuticals also account for the largest share of Ontario’s exports to Ireland at 26%, followed by corn (23%) and general purpose machinery (15%).

Quebec accounted for 16.9% of all Canadian exports to Ireland in 2020, valued at C$142.8m. Taken together, ‘Ventilation, heating, air-conditioning and commercial refrigeration equipment’ and

‘Commercial and service industry machinery’ account for roughly 36% of Quebec exports to Ireland. Pharmaceuticals and medical devices meanwhile account for 55% of Irish exports to Quebec.

The most common European destinations for Quebec exports are France, Germany, the UK, Netherlands and Spain; however, these are not necessarily final destinations but often entry points into EU.

Alberta is the origin of 2.2% of Canadian exports to Ireland, with a value of C$15 million in 2020, down from 3.1% and C$26 million in 2019. Organic chemicals make up nearly three quarters of these exports, followed distantly by pharmaceuticals and iron and steel.

Irish exports to Alberta have remained consistent, averaging about C$50 million per annum over the last five years, 70% of these coming from distilleries and breweries.

The Alberta government has cited clean technology, ICT, life sciences, arts and culture and sustainable building as areas of opportunities for the province’s economic relationship with Ireland.

BC accounted for 3.1% of Canadian exports to Ireland in 2020, amounting to C$21m. Commercial and service industry machinery accounted for over 42% of those, followed by seafood at 9.5%.

Imports from Ireland in 2020 were dominated by distilleries and breweries, which together accounted for 43% of imports, followed by medical devices at 15%.