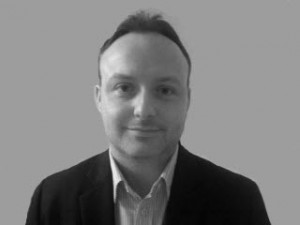 It is July 1st and I am sitting here enjoying my 5th consecutive Canada Day on home soil. Looking out the window, one might easily be misled into thinking the location was somewhere along the west coast of Ireland rather than mid-town Toronto as the rain thunders down. Thankfully unlike the west coast normal service is expected to resume later in the day. Despite the good weather, the summer period has traditionally been an off season of sorts for the Chamber but as always we have a lot going on behind the scenes.

On the events front, the 2014 Brian Dolan Memorial Golf Classic took place on June 19th and was a terrific success.  Thankfully the weather cooperated and gave us a beautiful day at Nobleton Lakes. The evening banquet was particularly poignant as we remembered Chamber Founding Member Vince O’Reilly. We were honoured to have Finola O’Reilly and her two sons Mark and Ryan in attendance. Following the meal we also paid a special tribute to Smitty (William Smith), everyone’s favourite photographer, who has recently announced his retirement (of sorts!). Smitty’s contribution to the Chamber and indeed the Irish Community has been monumental over the years and I have no doubt that we’ll see that camera in action again many times in the future.

In other news the Canadian Chambers across the country are currently working with our Irish counterparts, the ICBA, on a potential Ireland Canada Summit later in the year. Although still to be confirmed this would potentially involve a multi-city visit to Canada by a delegation of Irish companies seeking to showcase their businesses to a Canadian audience. This backs up the very successful Summit held in Dublin last September and clearly highlights the very strong business links that exist between the two countries. We look forward to sharing more detail on this event in the near future.

In less exiting news we are pleased to advise that under the new anti-spam laws, not-for-profit member-based organizations like the Chamber may continue send out periodic communications to its membership. That being said please make sure your membership is up to date so we can keep you informed of upcoming events.

So all in all the Chamber continues to drive on. We look forward to unveiling our fall schedule over the coming months and connecting with you all very soon.